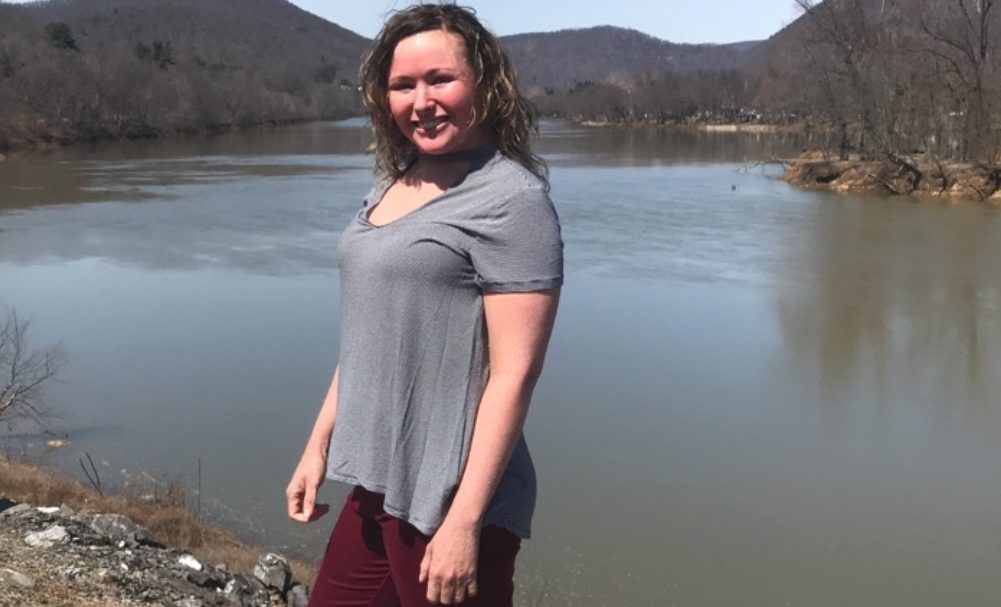 For Ashley Ritchey, a Master of Social Work (MSW ‘19) student at Penn’s School of Social Policy & Practice (SP2), pursuing a Child Well-Being & Child Welfare specialization is a professional calling that comes with a very personal connection.

Ritchey was born with ichthyosis, a genetic condition that is generally characterized by dry, scaling skin. According to the American Academy of Dermatology, there are more than 20 types of ichthyosis, the majority of which are very rare. Symptoms of ichthyosis can be very debilitating and difficult to live with, and ichthyosis is included in the Social Security Administration’s listing of disabling conditions.

As Ritchey explained, only about one in every 300,000 people share her condition, and the relative uncommonness of ichthyosis begets a lack of knowledge and awareness around it.

“I definitely identify with having a physical disability. But a lot of people identify disabilities as being in a wheelchair, or something else that you can really see. People just think that my skin looks different, and that I don’t really have a disability,” Ritchey said. “I think people can show some ignorance around ichthyosis, and there is a lack of publications because of the rarity of this condition.”

However, Ritchey is actively working to amend this scarcity of existing resources and information. She has written an article about social work and ichthyosis for the Foundation for Ichthyosis & Related Skin Types, forthcoming in June of this year, and is currently developing a book proposal.

“I’m working with [former SP2 Dean] John L. Jackson, Jr., who is helping me a lot with it. The book is going to be focused on ichthyosis and other physical disabilities, and finding motivation to get through everything—including topics like how to overcome bullying,” Ritchey says. “I’m going to be using some of my education from SP2 to include coping skills and ways to manage things that happen to someone who has a physical disability.”

Some of Ritchey’s coursework at SP2 has already directly fed into her book project— including discussions of the Americans with Disabilities Act in a policy class she took over the summer and a developmental disabilities course she is enrolled in this semester, which also touches on physical disabilities and chronic conditions.

In addition to her coursework and longer-term book project, Ritchey interns at a behavioral preschool, where she examines the potential overdiagnosis of ODD and ADHD in children, as well as racial disparities within these diagnoses.

In line with her Child Welfare specialization, Ritchey sees herself potentially doing play therapy with children in the future. As for her book, Ritchey hopes to complete the project within the next five years, with the overarching goal of tying together the fundamental components of her work and research— which she succinctly sums up as “more awareness around ichthyosis, and the macro- and micro-level aspects of working with kids and their families.”