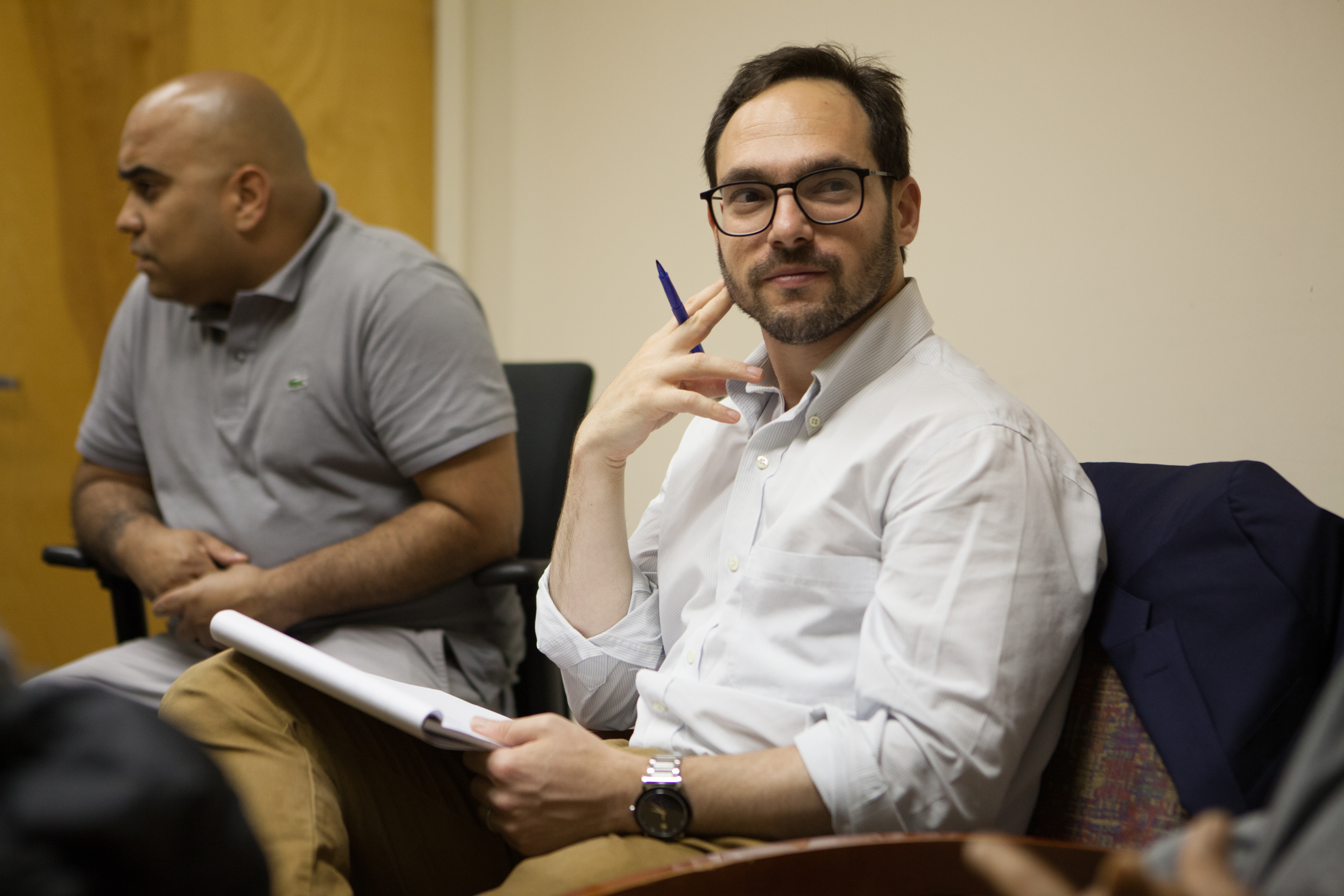 “The arc of the moral universe is long,” Reverend Martin Luther King, Jr. famously told a crowd of marchers on their historic journey from Selma to Montgomery, “but it bends toward justice.” These words, inspired by the 19th century Unitarian minister and abolitionist Theodore Parker, offered hope to the oppressed during the Civil Rights fight and continue to remain a source of optimism.

And now they are the inspiration for a new podcast from Penn’s School of Social Policy & Practice (SP2). Bending the Arc is a monthly show, which looks to counter injustice and create impact by sharing humanity, research and pragmatism on our most pressing challenges.

“Facts too often take a back seat to ideology, and this is especially true when a single group of people, like immigrants, people experiencing homelessness or poverty, racial minorities, or those who are LGBTQ, can be depicted as undeserving, not belonging, or ‘the others,’” says Dan Treglia, host of Bending the Arc and a postdoctoral fellow and lecturer at SP2. “And this has become even more pervasive over the last few years.”

Policy debates often become dominated by pre-scripted left versus right talking points without strong moderators to separate myth from fact, leaving policymakers, advocates, voters and concerned citizens to sift through competing visions of reality. Bending the Arc distills the research and perspectives from experts and those most affected into substantive and easily understandable information that sheds light on current issues and looks toward solutions on the horizon. “Our goal is to provide information to people who are in a position to impact and/or benefit from the policy,” said Treglia. In a world of 24-hour news cycles and frequent buzz around “fake news,” Bending the Arc gives a voice to evidence and joins humanity with research.

Building on the SP2 Penn Top 10 model of ensuring that SP2’s research and resources are widely distributed, Treglia and his team do a deep dive into critically important issues, with special attention to the ones that affect millions of people but aren’t necessarily on the front page of the daily papers.

The first episode, on how homeless shelters impact their neighbors and how those neighbors can help people in those shelters, is currently available on SP2’s website, iTunes, Soundcloud, and Stitcher. Upcoming episodes will cover a wide range of issues, such as universal basic income, human trafficking among homeless youth, the possibilities and limitations of technology for human services, efforts to combat the opioid epidemic, and the long-term impacts of gun violence.

The topics are chosen based a variety of criteria such as level of interest by the researcher, current relevance and access to SP2 expertise. Some stories will also include interviews of people experiencing the challenge firsthand to provide a personal account. The episodes will guide listeners to understand issues with facts, not opinions.

Treglia is thrilled to lead a team of three dual degree students, all of whom are current Masters of Social Work students. As he explains it, “Our team has an incredible breadth of interest, experience and knowledge. Being social workers, they have a real understanding of how policies affect individuals and are interested in influencing those policies to positively impact many.”

Theodore Parker, whose theory was popularized by Dr. King, believed that the arc of justice was only achieved through a loving people and that fairness and equity will not find its way into the world on its own. And the world needs active parties working towards achieving that equality and fairness. This new podcast, according to Treglia, is SP2’s endeavor to bend the arc towards a more just society.