Celebrating the Impact of SP2’s Campaign 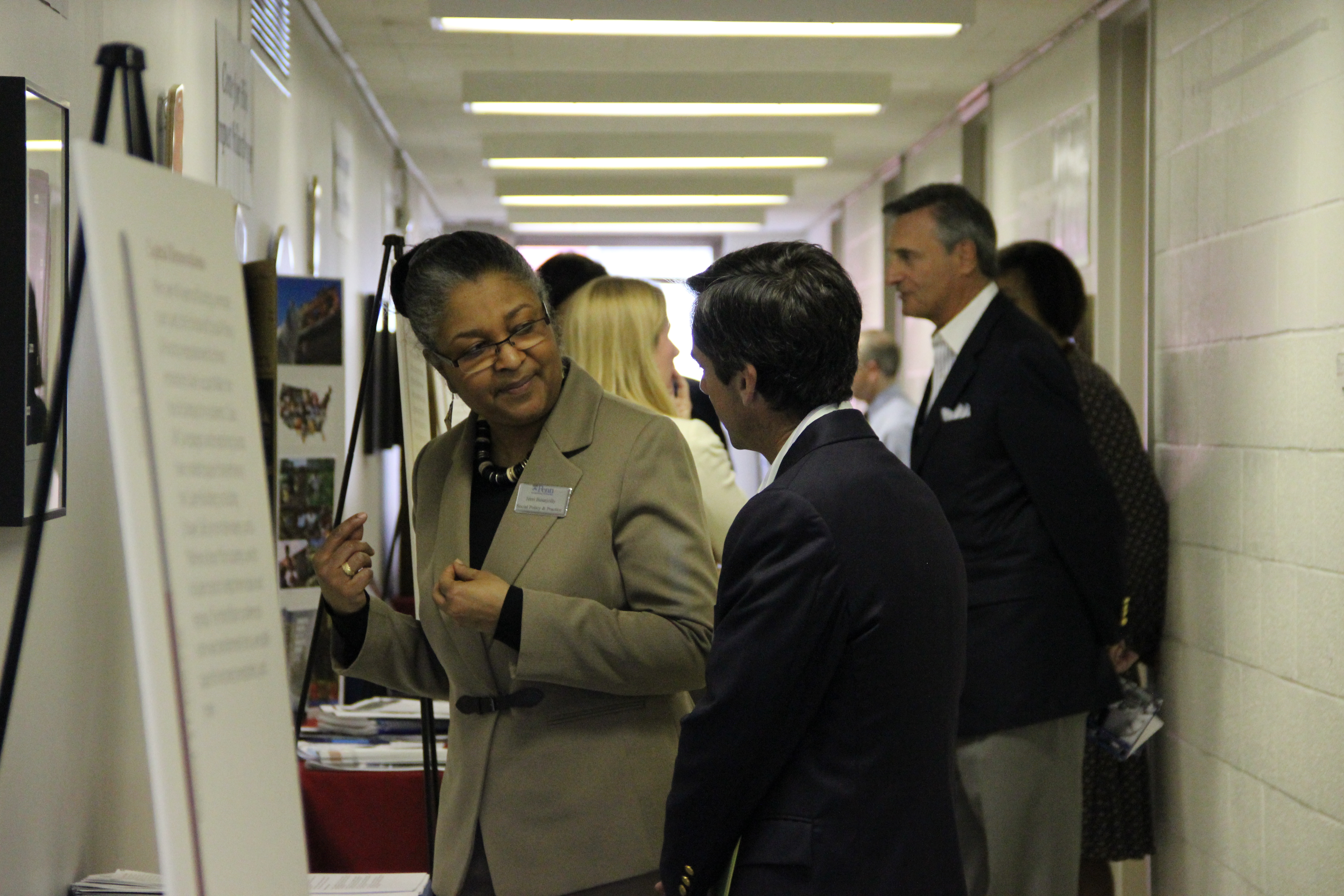 “In my 12 years as Dean, the comment I hear most frequently is, ‘I had no idea you do that,’” Dean Richard Gelles commented at the School of Social Policy & Practice’s (SP2) Board of Overseers [Link to: People > Board of Overseers] Meeting. The event took an interesting approach to highlight the School’s programs, centers, and research by hosting a Post-Campaign Expo.

SP2’s Post-Campaign Expo displayed the impact The Campaign for Social Change Leadership had on the school. The Campaign, which exceeded its $33M goal, was part of the University’s Making History Campaign.  Representatives explained the benefit of the Campaign to each program, center, and the six Campaign priorities at tables set up along the third floor of the Caster building, an area that was completely renovated during the Campaign.

The seven-year campaign closed in December 2012 with a total of $33.6M Raised by 2,626 Donors – more than double the amount raised in the previous 97 years of the school’s existence.