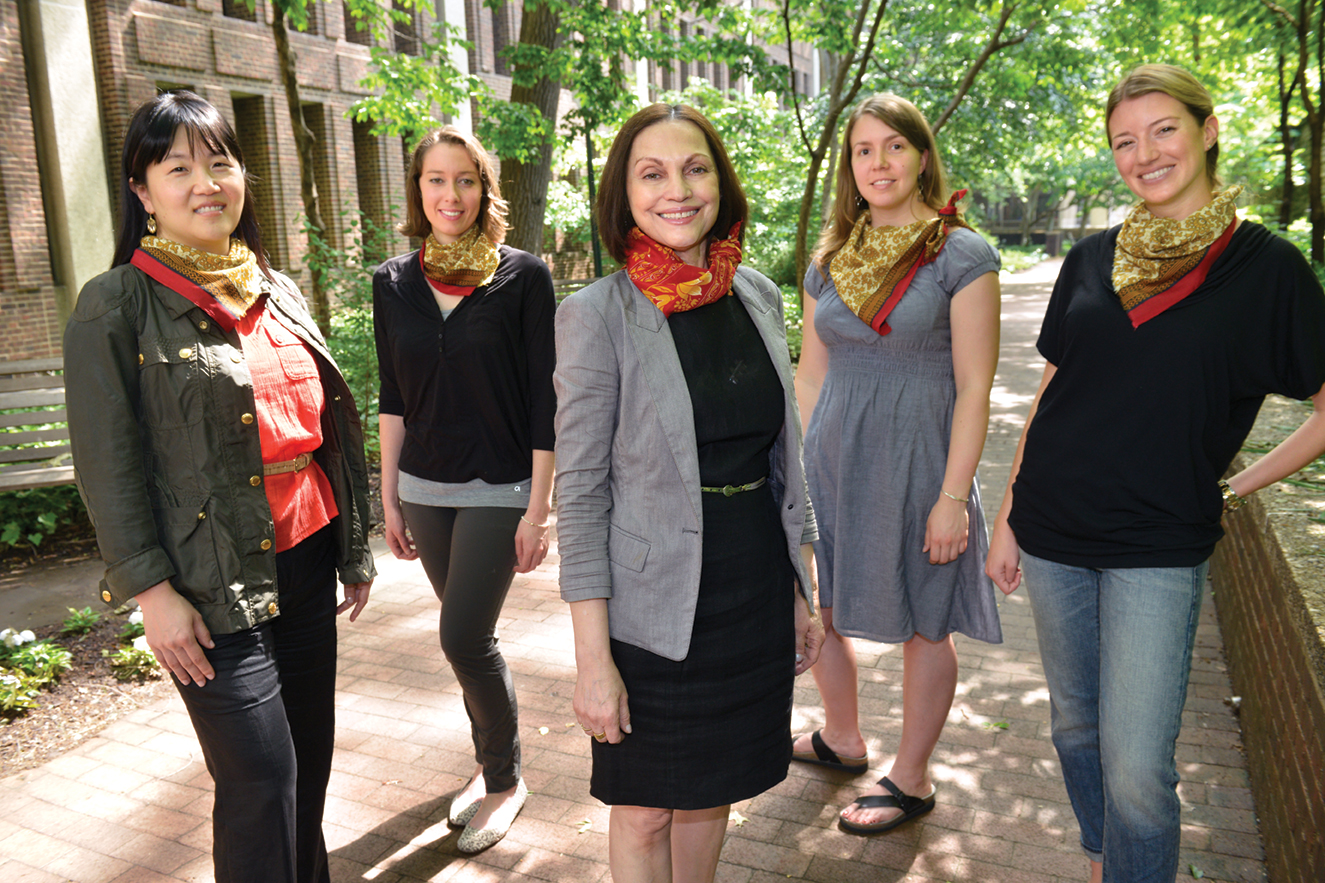 While most of the Penn community was ringing in the New Year, a group of students led by Dr. Femida Handy met with women in India to learn how microfinance has changed their lives.

In a country where poverty rates are staggering, microfinance is an effective strategy for enabling women who have few financial options to embark on income-generating activities. Self-help groups, typically 10 to 20 women who meet regularly to save small amounts of money and take out loans as a group, are an essential element of the strategy.

“I was drawn to the course because it combined learning about concrete poverty solutions, like microlending, with the less tangible, but very important, social impact of women’s empowerment,” said NPL  candidate Jennifer Gillard.

“The course allowed students to experience the power of social change at a grassroots level, which is very different from what they read in books,” Handy explained.

Encouraged to put themselves in the shoes of women living in this male-controlled society, the students were aghast at the everyday treatment and the crushing financial constraints women must endure.

“At least 70% of people live in villages with no access to banks,” said Handy. “If you are very poor and the only place you can keep your money is under the mattress, it is almost impossible to save.”

Even as the government tries to increase financial inclusion by opening local bank branches, there are many obstacles to overcome. “Low levels of literacy make it difficult for people to fill out paperwork,” she said. “If they have to walk, they face safety issues so they can’t carry money with them. It is a very challenging environment.”

There has been some criticism of microfinance, particularly when commercial lenders are involved. However, Handy explained that, “When it works well it really changes lives. The women are still poor, but they have an income and they have food on the table.”

Gillard noted that many of the women credited joining a self-help group and earning money through microenterprises, such as sewing or pickle making, with improving their self-confidence. They felt empowered to talk more, go out in public, and handle bank transactions. For some it meant being able to afford to send their children to school, expand their homes, build toilets, or buy electric fans.

“Meeting these women continues to inspire me,” Gillard recalled. “A group of empowered women can do just about anything.”