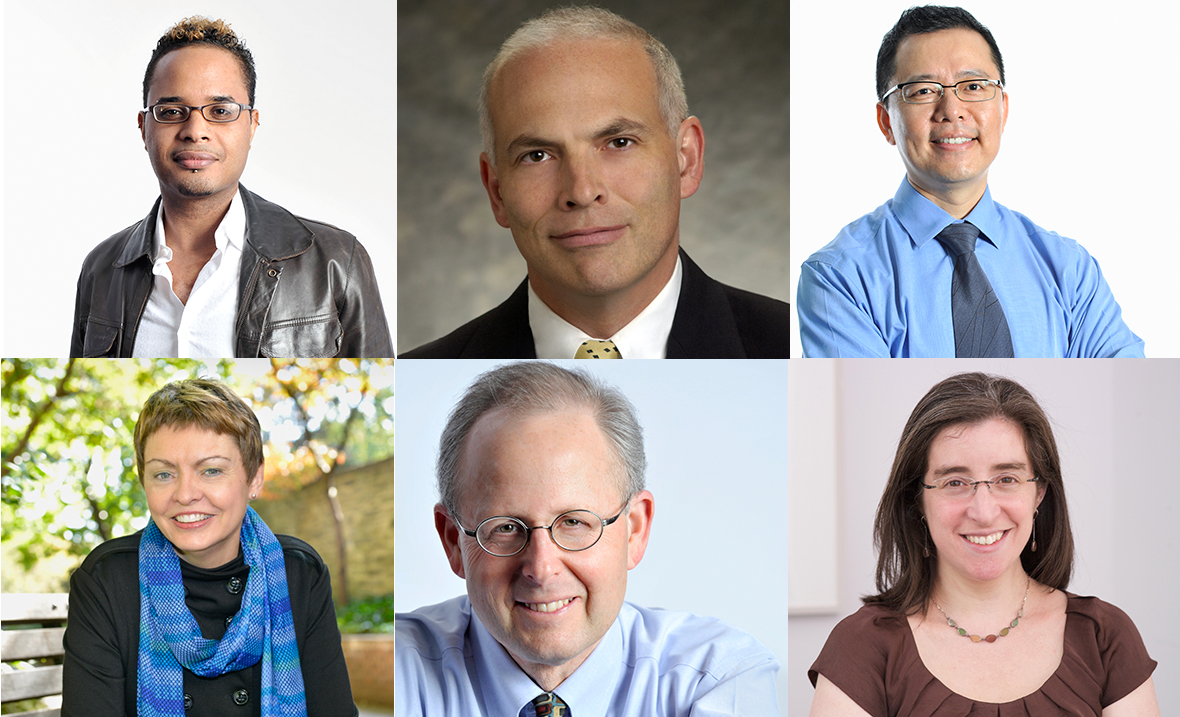 Authored by: Submissions from Faculty Members

Ezekiel Dixon-Román, PhD, Assistant Professor,  recently had his manuscript, “Deviance as pedagogy: From non-dominant cultural capital to deviantly marked cultural repertoires” published in Teachers College Record. He also contributed a policy op-ed to TheHill.com on the importance of social programs that enable parents, “The Baby College: Investing in parents for the future of children”. In addition to presenting a paper, “Inheriting [Im]Possibility: Naturing Culture/Culturing Nature and the Vagaries of Being Human,” at the Annual Meeting for the American Educational Research Association he was also an invited participant for a small conference on “Beyond Reflexivity and Advocacy: Exploring the Ontological Turn in Social Inquiry” at the University of Oregon.

Peter Frumkin, PhD, Professor of Social Policy, and Ana Kolendo published Building for the Arts: The Strategic Design of Cultural Facilities in University of Chicago Press. He also published an article titled, “New Forms of Grantmaking” in New Frontier of Philanthropy and “Constructing Effectiveness: The Emergence of the Evaluation Research Industry” in The Policy Legacy of Lyndon B. Johnson with Kimberly Francis.

Chao Guo, PhD, Associate Professor, was recently selected by the Association for Research on Nonprofit Organizations and Voluntary Action (ARNOVA) as the recipient of the Best Paper Award for his paper (co-authored with Gregory Saxton), “Speaking and Being Heard: How Advocacy Organizations Gain Attention in the Social Media World.” This award will be presented to him at the ARNOVA Annual Convention in November.  Earlier in the summer, he was invited to give a speech on “attention philanthropy” at the 2nd Social Innovation Salon, jointly hosted by the Center for Civil Society Studies at Peking University and the Chinese Philanthropy Research Institute at Beijing Normal University, China.

Aswood LaFortune-Bousseau, MSW, DSW, LCSW, part-time lecturer, is scheduled to present at the Council on Social Work Education (CSWE) Annual Program Meeting on October 23–October 26 in Tampa, FL. Dr. LaFortune-Bousseau’s presentation is related to her dissertation research and is titled- Exploring the Unseen Wounds of a Veteran and a Civilian With Traumatic Brain Injury.

Susan B. Sorenson, PhD, Professor of Social Policy and of Health & Societies, will receive the Bridges of Courage award from Women Organized Against Rape for her work in the area of gun violence and intimate partner abuse.

Dr. Stern also gave a talk called Measuring the outcomes of creative placemaking in May 2014. This talk was delivered at the “Transatlantic Symposium: The Role of Artists & the Arts in Urban Resilience,” held in Baltimore, MD, May 30-31, 2014, a two-day convening of artists, curators, and public administrators from the U.S. and nine European countries. The presentation addressed SIAP’s concern (with reference to blogger Ian David Moss) that “creative placemaking has (several) outcomes problems.” The symposium—part of a project called Transit: Creative Placemaking in Baltimore—was hosted by the Goethe-Institut and the European Network of Independent Cultural Institutes (EUNIC) in Washington, D.C. and the Baltimore Office of Promotion and the Arts (BOPA).

Mark Stern is the Principal Investigator of the Social Impact of the Arts Project, which recently participated on two panels in SNF’s 3rd international conference on the changing role of philanthropy in the current global context with a focus on the Greek crisis, alarming unemployment among younger generations, the arts and culture in the social and economic life of local communities, and the role of a social welfare society. During a session called The Conflict Between Philanthropic and Public Interests Mark Stern examined the relationship of philanthropy to the public interest through the lens of US social welfare history.  He noted that philanthropy and the third-sector have often incubated new ideas for social improvement when established interests have blocked action by government.  He then used the recent experience of the cultural sector in Philadelphia to show how “zombie” ideas about marketization have contributed to the decline of cultural assets in low-income neighborhoods in the city.

In this two-day research exchange on arts participation, Mark Stern (SIAP) gave a talk called “Why neighborhood effects matter.” He talked about the importance of cultural ecology and opportunity structure to cultural participation and geographic approaches to data collection. Stern was pleased to learn, during the keynote by former US Census Bureau Director Bob Groves, that SIAP has been collecting “organic data” for 20 years.

Allison Werner-Lin, PhD, MA, EdM, Assistant Professor had a busy first year on the faculty of SP2. In December, she became Co-Investigator on a project out of CHOP, studying all facets of bench to bedside implementation of full genome sequencing in four pediatric disease populations. She is directing follow-up data collection and analysis as sequencing results are returned to children and families. The project is funded by the National Human Genome Research Initiative’s Clinical Sequencing Exploratory Research (CSER) Program. In October, Dr. Werner-Lin joined other CSER investigators at the NIH to share research updates, support collaboration, and discuss ethical challenges. At this meeting, Dr. Werner-Lin was elected chair of the cross-CSER Qualitative Methods Working Group. Earlier this year, Dr. Werner-Lin was invited to join an arm of another NIH funded project investigating clinical processes and endpoints (e.g.: understanding of microarray, decision to terminate) following use of a novel and highly sensitive prenatal test. In her role as Co-Investigator, Dr. Werner-Lin is examining the experiences of couples participating in a larger project of prenatal testing and mentoring student research on men’s experiences in prenatal testing and family planning. Due to her expertise in qualitative methods and psychosocial genetics, Penn’s Mixed-Methods Lab appointed Dr. Werner-Lin as a Research Affiliate in the Lab. Dr. Werner-Lin also maintains her role as Co-Principle Investigator at the National Cancer Institute’s Division of Cancer Epidemiology and Genetics where she is taking over data collection and analysis on a longitudinal study of BRCA-mutation positive women.

Since the start of 2014, Dr. Werner-Lin has two manuscripts in print, one in the prestigious online medical journal PLOS ONE, and two others accepted for publication are currently in press. She was invited to author two chapters on genetics and genomics for the forthcoming Handbook of Oncology Social Work. She conducted workshops for professionals at the American Psycho-Oncology Society and for consumers at the annual FORCE: Facing Our Risk of Cancer Empowered meetings. She is also growing her collaboration with pgED, the Personal Genetics Education Project at Harvard Medical School, where she supports plans for a set of congressional briefings in 2014-2015 and joined the professional development faculty for high school teachers.

Finally, Dr. Werner-Lin is now Chair of the Advanced Clinical Practice Sequence. She is collaborating with Penn’s Nursing faculty to bring new and exciting training opportunities to our students.