Fernando Chang-Muy is the Thomas O’Boyle Lecturer in Law at the University of Pennsylvania School of Law. He teaches at both the Law School and at the Graduate School of Social Policy and Practice on topics such as US Immigration Law, International Human Rights and Refugee Law, and Nonprofit Leadership.

He served as Legal Officer with both the Office of the UN High Commissioner for Refugees (UNHCR) and the UN World Health Organization (WHO), AIDS Program. He also served as the first director of Swarthmore College’s Intercultural Center, Assistant Dean for Student Affairs, advisor to the Provost on Equal Opportunity, and lecturer on International Human Rights in the Peace and Conflict Studies.

He began his legal career as a Reginald Heber Smith Fellow at Community Legal Services in Philadelphia serving as Director of the Southeast Asian Refugee Project, providing free legal aid to low-income immigrants and refugees in Philadelphia. He is also past founding director of the Liberty Center for Survivors of Torture, a project of Lutheran Children and Family Services, established to serve newcomers fleeing human rights violations.

In 2008, former Philadelphia Mayor Nutter appointed him as a Commissioner to the Philadelphia Commission on Human Relations. He is former Board member of Philanthropy Network, The Philadelphia Award, The Merchants Fund, the Wells Fargo Regional Foundation and the Southeast Asian Mutual Assistance Coalition. He is author of numerous articles on diverse topics dealing with immigration & refugees, public health and management, and is co-editor of the text Social Work with Immigrants and Refugees (2nd ed. NY: Springer Publication, 2016). He is a graduate of Loyola, Georgetown, Antioch and Harvard Law School’s Program on Negotiation. He is a recipient of both the 2011 and 2018 Penn Law Public Interest Supervisor/Advisor of the Year Award honoring outstanding project supervisors and advisors; and the 2016 recipient of the Law School Beacon Award, recognizing exemplary commitment to pro bono work by a Penn Law faculty member.

For years, Loran Grishow-Schade, MSW ’20, MSSP ’21, has proven to be a prolific leader and fully-immersed pioneer in work...

“Always Something New to Know”: MSW Student Alisa Branch on Being a Non-Traditional Learner

Even after a three-decade career in the human services field, Alisa Branch still felt that she had more to learn,... 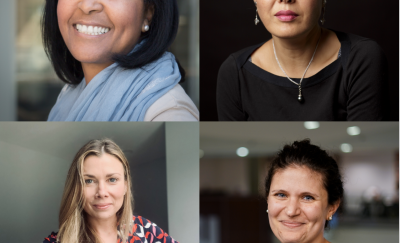 Penn’s School of Social Policy & Practice (SP2) has announced the hiring of four new faculty members, who will begin... 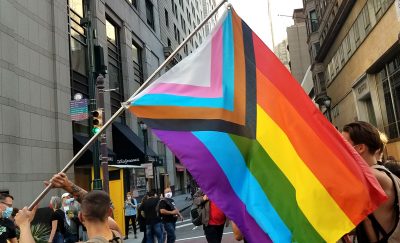 ‘Game Pieces in the Culture Wars’

More than 250 bills aimed at reducing the rights of LGBTQ+ people are currently working their way through state legislatures in the...