Ruth graduated from SP2’s MSW program in 2017, and will graduate from the MPH program in 2018. Prior to coming to Penn, Ruth worked for IMPAQ International, a health policy research think tank in Washington, DC. She graduated in 2013 from Brown University  with a BA in Public Health. Ruth became interested in working with criminal justice and the health of people who are incarcerated while at Brown, and came to Penn to develop and pursue that passion through the Goldring Reentry Initiative (GRI). While at SP2, Ruth did both of her MSW field placements with the GRI, first as a clinical intern, and then as a macro student. In addition to the incredible experiences provided by the GRI, Ruth used the opportunities at Penn to further develop her interests and skills in criminal justice. She participated in research with Penn faculty, and used SP2’s Criminal Justice Bloc to collaborate on projects with Penn Law students and to develop a walk in clinic for individuals who have been incarcerated, called WIRES.  She was also a founding member and editor of SP2’s journal Collectivist. Ruth continues to work with the GRI, and is currently involved with research investigating the relationship between interaction with the criminal justice system and subsequent fatal opioid overdose.

“I chose to come to Penn because of the Goldring Reentry Initiative (GRI), and because I was excited by the work I could see that faculty was doing. I was also inspired by the flexibility and support given to dual degree students. I could not have imagined how great of an impact that decision would have on me. Although I had thought I was knowledgeable about criminal justice and the issues related to mass incarceration, working with the GRI opened my eyes to an entire new universe of social, political, economic, and legal issues. I have been constantly challenged by my work with my clients and with the criminal justice system. I have learned endless amounts, while being supported by incredibly brilliant and kind staff and faculty. I’ve found myself hooked—2 years later, I still haven’t been able to get enough of the program. I still am excited to work with the GRI every single day, and continue to be amazed by the clients I have the privilege to meet. Beyond the GRI, SP2 gave me the flexibility and support to constantly pursue new ideas and challenges. I did research with professors, helped to create new clinics and services for clients in the community, participated in the founding of a school journal, brought exciting speakers to discuss their work with students at SP2, and collaborated with other schools at Penn on important projects. SP2 truly supports their students, staff and faculty, giving them the space and support to innovate and grow. The combination of an MSW and an MPH is powerful, and Penn prepares you to take the best advantage of the dual degrees.” 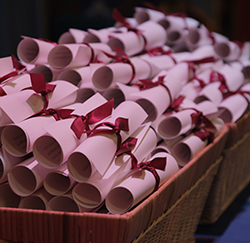 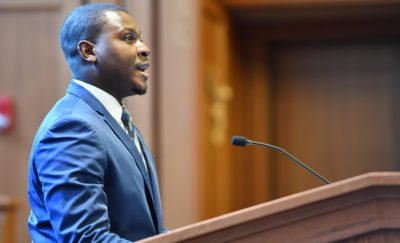