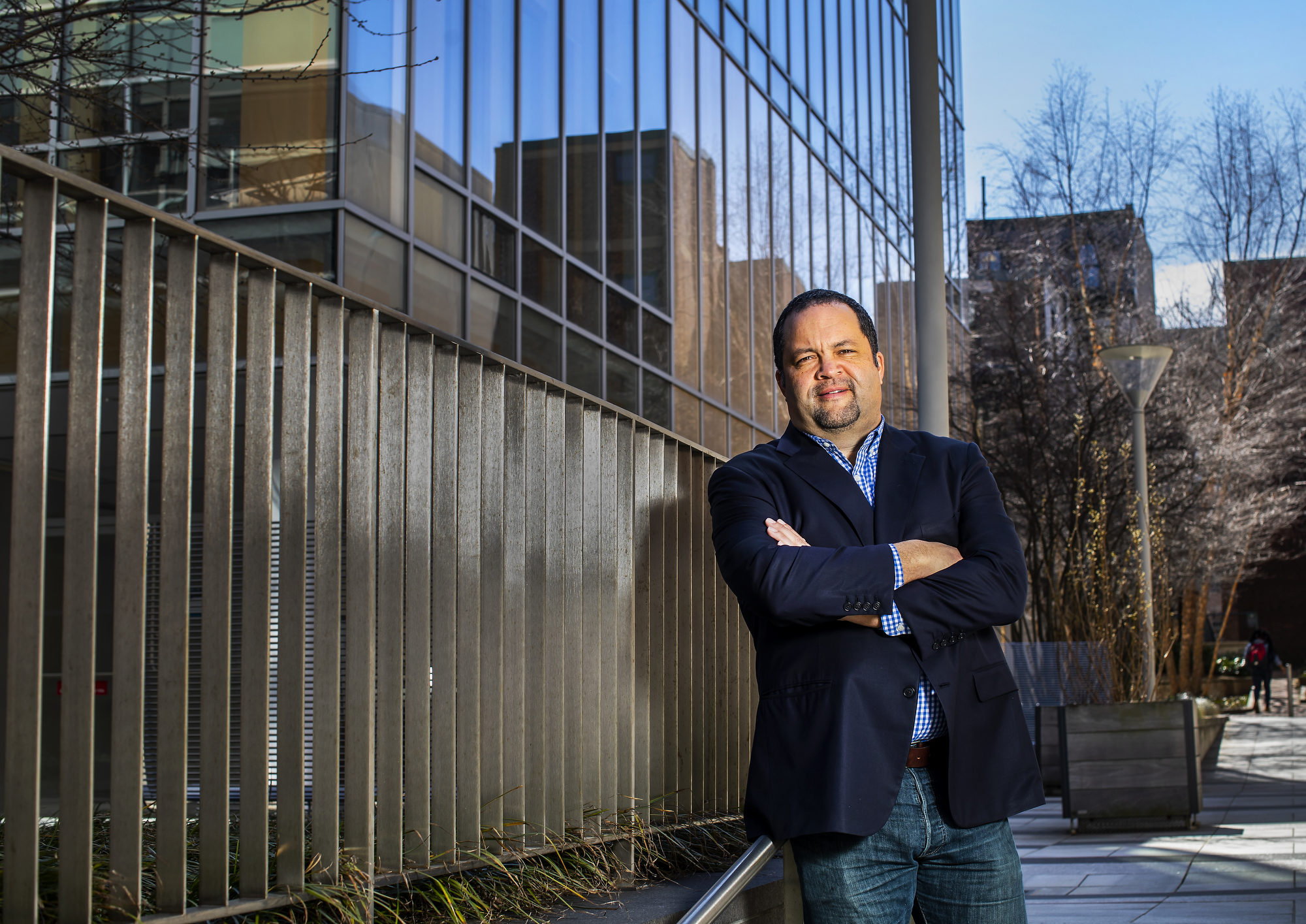 Ben Jealous has accomplished a great deal in his 47 years. The former—and youngest ever—head of the NAACP managed the Mississippi’s Jackson Advocate, a Black community newspaper that was firebombed four times in the 1980s and ‘90s. He helped Barack Obama get elected and re-elected. He’s worked to change the dialogue around mass incarceration, and more recently he was the Democratic nominee for governor of Maryland. Also, he’s invested in two dozen technologies companies seeking to have a positive social impact, including a new app called Citizen.

Now his expertise and experience have come to Penn, where Jealous is a visiting scholar in the Annenberg School for Communication, School of Social Policy & Practice (SP2), and the Wharton School. This semester, he’s co-teaching a graduate course with managing director of SP2’s Center for Social Impact Strategy, Ariel Schwartz, called Social Innovation, part of the school’s Nonprofit Leadership program.

“I’m excited to be teaching at the school that’s my 103-year-old grandmother’s alma mater,” he says, of his maternal grandmother, Mamie Todd, who graduated from SP2 in 1953.

“For me, being here at Penn is a great convergence of many things. I’ve been a nonprofit leader for a long time, but my quiet, consistent passion for two decades has been rebuilding media to empower local communities.”

Penn Today talked with Jealous about his newest project, an app called Citizen, plus what he thinks of today’s political climate and why he’s hopeful about the future.