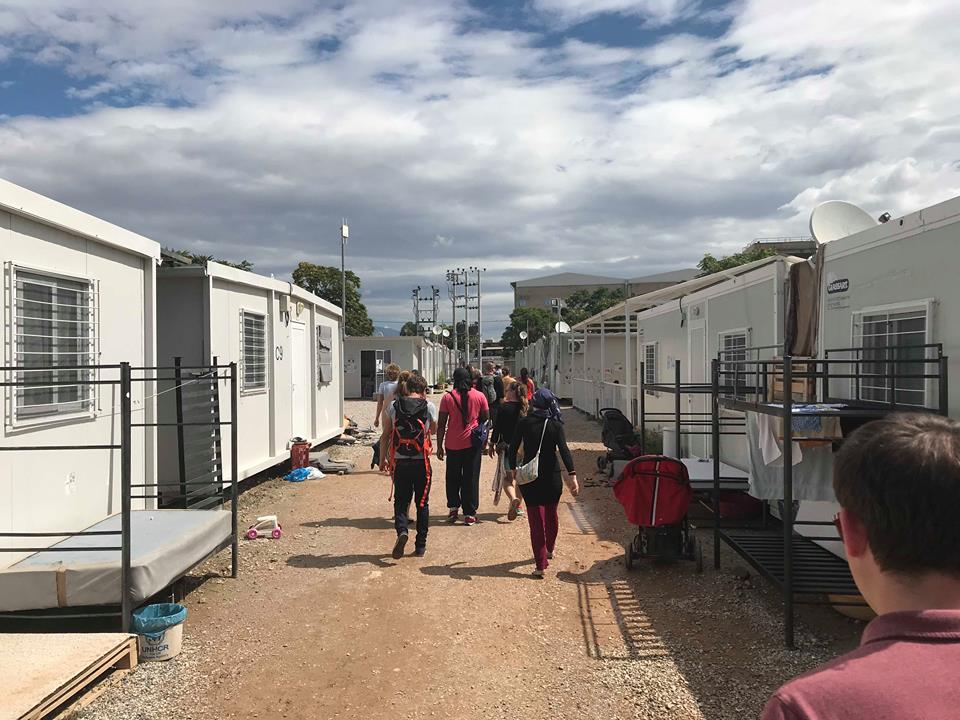 After an intense, trauma-focused semester of classroom learning, doctoral students from the University of Pennsylvania traveled to Greece as part of a pilot international immersion.

During their weeklong trip in late June to Athens, 11 doctorate of social work (DSW) students from the School of Social Policy & Practice learned about geopolitical factors contributing to the refugee crisis in Europe, and how local nonprofit, non-governmental organizations, like the Melissa Network for Migrant Women, are responding. 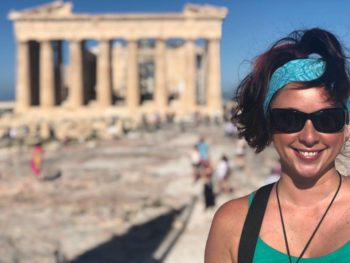 The Melissa Network provides trauma-informed services to female refugees from Syria, Afghanistan, Iran, Somalia, and other regions, assisting them with rebuilding their lives by teaching them about their rights, how to speak Greek, job searching, resume building, and violence against women. Since its inception in 2016, the agency has been following a “sanctuary model,” but they didn’t have a name for it. Now, they do, along with ongoing long-distance support from Penn’s School of Social Policy & Practice.

Part of the School’s three-year DSW requirements, the course was designed to be applied in an international context and addressed trauma, post-traumatic disorders, approaches to treatment, violence as a public health issue, and “vicarious trauma,” or the second-hand trauma experienced by caregivers such as EMTs, firefighters, and social workers.

For the DSW students, visiting the Melissa Network was an opportunity to see a trauma-informed “sanctuary model,” in action by observing its interactive workshops.

“The Melissa Network takes a trauma-informed, multi-pronged approach, providing psychotherapy, one-on-one and group counseling; movement, art, and dance therapy; poetry workshops, and more,” says Lina Hartocollis, director of the DSW Program. “It’s a place where we could offer a meaningful experience for students to deepen their learning while sharing their expertise through consultation.”

While meeting with the agency’s leaders, DSW students talked about their experiences as clinical social workers, ways to address certain situations, perspectives on trauma-informed care, and possible avenues for strengthened programming. In addition, Bloom joined the group via a video conference to discuss the obstacles associated with being a trauma-informed organization in an unusual setting.

“It’s a lovely atmosphere different from many institutional settings that the students are familiar with. It’s very client-centered, and it felt like someone’s beautiful home,” Hartocollis says. “That was one of the most striking differences the students noted.” 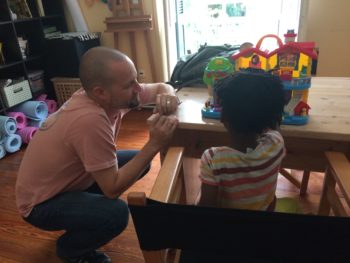 One of those DSW students who noticed the atmospheric contrast was Kaley Gerstley, a New York City-based social worker who has primarily worked in massive institutional settings.

“From the moment you walk into the building, you can feel the healing power. It feels like a home, not simply because of the layout, but rather because of the people in it,” Gerstley says. “Even when groups or meetings were taking place, there were children playing, women laughing, and friends sitting with each other. It felt like a place of true connections, where people were able to speak freely, without shame or bias, and genuinely experience the ‘unconditional positive regard,’ we talk about so often in social work.”

Another DSW student who noticed a stark difference was Jason Mallonee, who spent six years as a teacher in schools where students regularly faced trauma related to violence, homelessness, and poverty, before becoming a social worker.

“It was invigorating to see an organization place so much value on people, as opposed to what we often see in the United States: value placed on cutting costs and moving people through care as rapidly as possible,” Mallonee says. “It is an example of how to provide comprehensive interventions in an environment that feels like a home.”

The students also visited the agency’s shelters that house unaccompanied minors, including one “for young boys and girls who have experienced unspeakable traumas,” Hartocollis says.