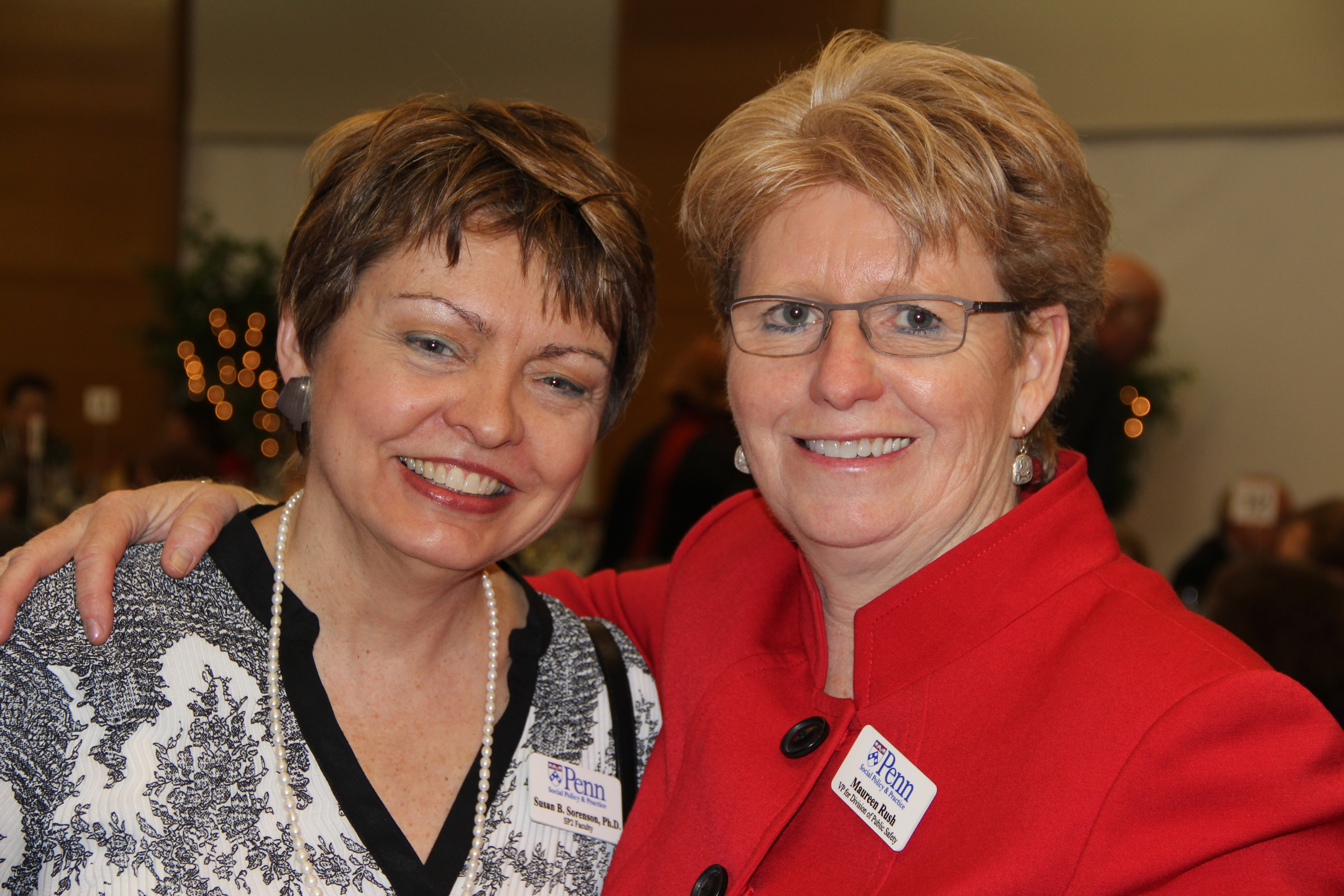 Susan B. Sorenson, professor at the University of Pennsylvania School of Social Policy & Practice, will receive the 2014 Bridge of Courage Award from Women Organized Against Rape, one of the first rape crisis agencies in the country.

The presentation will be made Oct. 9 at the Loews Philadelphia Hotel.

Learn how you can help prevent family and intimate partner violence.

Sorenson is the director of Penn’s Evelyn Jacobs Ortner Center on Family Violence.

As a researcher, she has published widely on the epidemiology and prevention of violence, including homicide, suicide, sexual assault, child abuse and firearms. Her work highlights the social context in which violence occurs, specifically, the norms that shape whether and how violence is tolerated.

Some of her recent work at the Ortner Center at Penn includes “Violence Against Women in Philadelphia: A Report to the City,” “Beyond Brochures: Internet Use by Agencies Addressing Violence Against Women” and a study of undergraduate college students, “Knowing a Sexual Assault Victim or Perpetrator.”

Sorenson came to Penn in 2006, after more than 20 years at the School of Public Health at the University of California, Los Angeles. Since 1986, she has taught a graduate course on family and sexual violence, which was the nation’s first violence prevention course in a school of public health.