Film Screening: Born in the Struggle 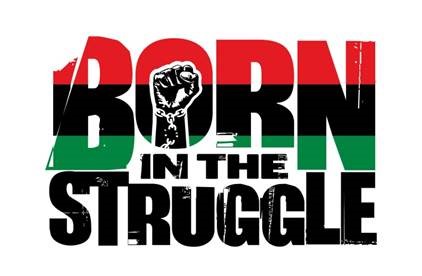 SP2 will present a screening of the acclaimed documentary Born in the Struggle. The film’s creator, Kamasi Hill, PhD, will join for a post-screening discussion.

* Refreshments will be served

Kamasi C. Hill, PhD is a historian, theologian, educator, art curator, and filmmaker. He has been a public school educator for 22 years and is also an adjunct lecturer. He specializes in 20th and 21st century American Religious History and Culture and his research also explores the relationship between religion and popular culture. He has curated over 250 pieces of original African and African American art and work from his collection has been in several museums, including but not limited to the Museum of Science and Industry, DuSable Museum, and the University of Chicago. His collection has also appeared on the show Empire.

Dr. Hill has contributed to several publications, in the field of popular culture, history, and religion. He also has published several articles and blogs. Born and raised Detroit, Michigan, he attended Detroit Public Schools, Howard University, and Garrett Evangelical Theological Seminary at Northwestern University. He currently teaches History at Evanston Township High School and is currently touring the country screening his feature length film “Born in the Struggle.”