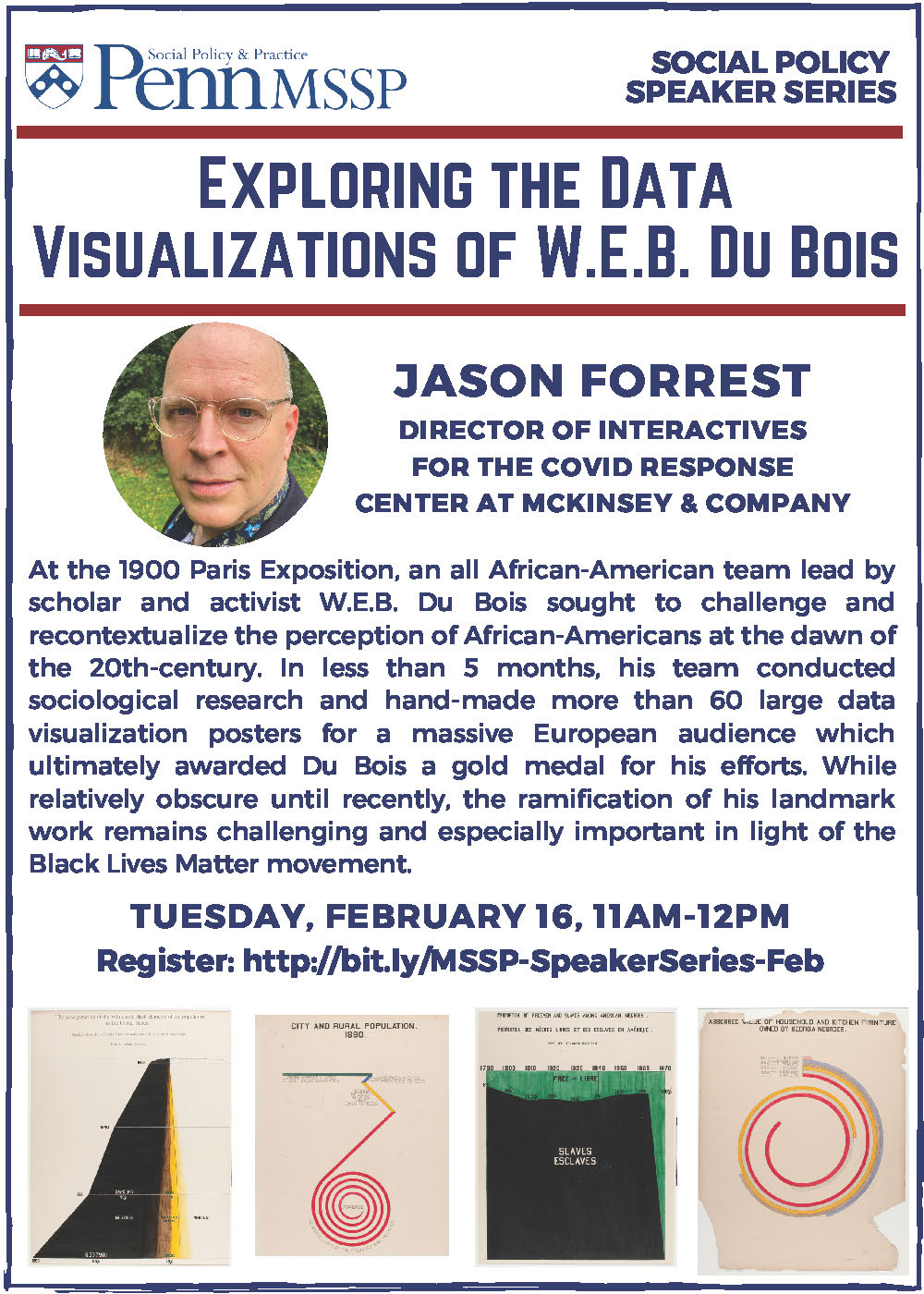 At the 1900 Paris Exposition, an all African-American team lead by scholar and activist W.E.B. Du Bois sought to challenge and recontextualize the perception of African-Americans at the dawn of the 20th-century. In less than 5 months, his team conducted sociological research and hand-made more than 60 large data visualization posters for a massive European audience which ultimately awarded Du Bois a gold medal for his efforts. While relatively obscure until recently, the ramification of his landmark work remains challenging and especially important in light of the Black Lives Matter movement.

Jason Forrest is a data visualization specialist, writer, and designer living in New York City. He is the director of interactive data visualization for McKinsey and Company’s COVID Response Center. In addition to being on the board of directors of the Data Visualization Society, he is also the editor-in-chief of Nightingale: the journal of the Data Visualization Society. He writes about the intersection of culture and information design and is currently working on a book about pictorial statistics. His Medium articles can be found here.