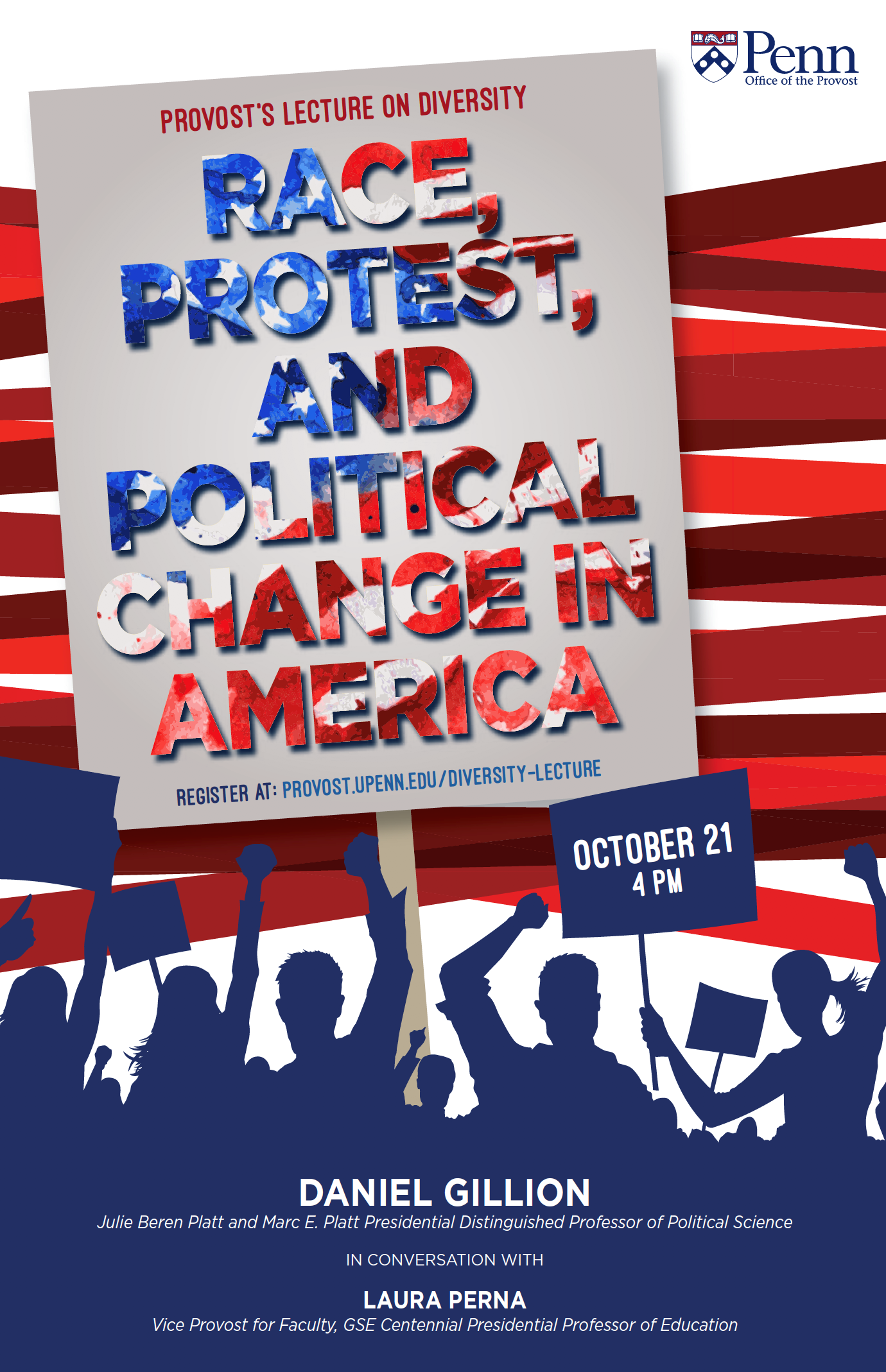 Do protest events matter? The answer is that they do. The pioneering work of Daniel Gillion, Platt Presidential Distinguished Professor of Political Science at Penn, reimagines how protestors and voters interact in American democracy and illustrates how voters are informed and influenced by protest activism. Voters now see protests, and the issues that activists champion, as ideological, belonging to the Democratic or Republican Party. Consequently, as protests grow in America, they push more voters to turn out to the polls, donate to political campaigns, and run for office – benefiting the political party perceived to more supportive of protestors’ messages. Thus, protests are the canaries in the coal mines that warn of future political and electoral change. In the end, the pleas for racial equality that ring out in protests do not fall on deaf ears; rather they mobilize the nation to become a more perfect union.