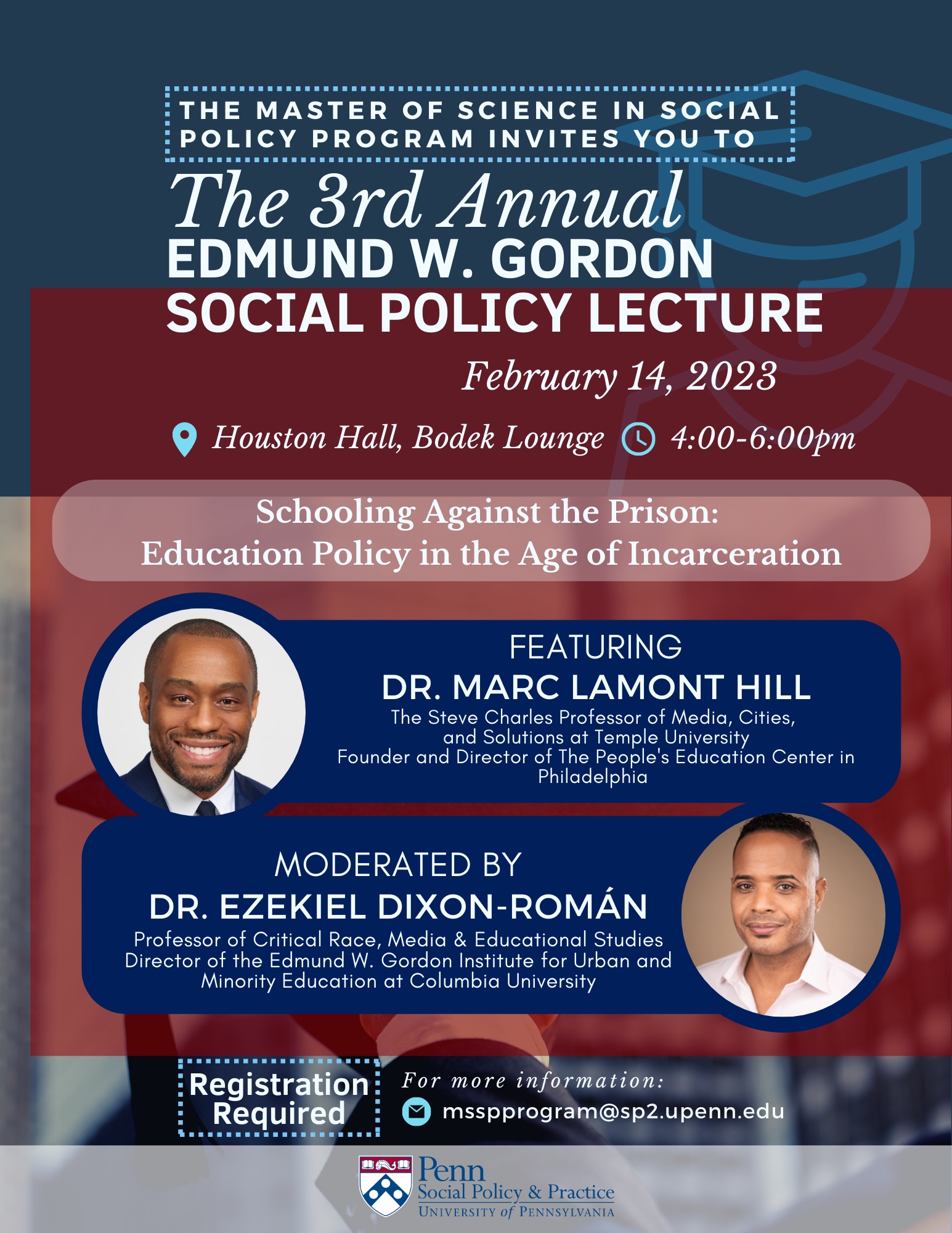 Dr. Marc Lamont Hill is the Steve Charles Professor of Media, Cities, and Solutions at Temple University. Prior to that, he held positions at Columbia University and Morehouse College.

Since his days as a youth in Philadelphia, Dr. Hill has been a social justice activist and organizer. He has worked on campaigns to end the death penalty, abolish prisons, and release numerous political prisoners. Dr. Hill has also worked in solidarity with human rights movements around the world. He is the founder and director of The People’s Education Center in Philadelphia, as well as the owner of Uncle Bobbie’s Coffee & Books. Ebony Magazine has named him one of America’s 100 most influential Black leaders. Dr. Hill is the author or co-author of seven books, including the award-winning Beats, Rhymes, and Classroom Life: Hip-Hop Pedagogy and the Politics of Identity; Nobody: Casualties of America’s War on The Vulnerable from Ferguson to Flint and Beyond; Gentrifier; and Seen and Unseen: Technology, Social Media, and the Fight for Racial Justice.

Dr. Hill holds a PhD (with distinction) from the University of Pennsylvania. His research agenda focuses on the intersections between culture, politics, and education in the United States and the Middle East.

Dr. Ezekiel Dixon-Román is the Professor of Critical Race, Media, & Educational Studies and the Director of the Edmund W. & Susan G. Gordon Institute for Urban & Minority Education at Teachers College, Columbia University. Dr. Dixon-Román also served as a member of the Penn School of Social Policy & Practice standing faculty for over fourteen years and most recently as the Faculty Director of the MS in Social Policy program. He launched the Edmund W. Gordon Social Policy/Social Justice lecture series in 2020 and will be returning this February to introduce Dr. Hill for the third annual lecture.

This event is open to the Penn community and is being organized by the MSSP Program at Penn SP2. For questions, please contact msspprogram@sp2.upenn.edu.