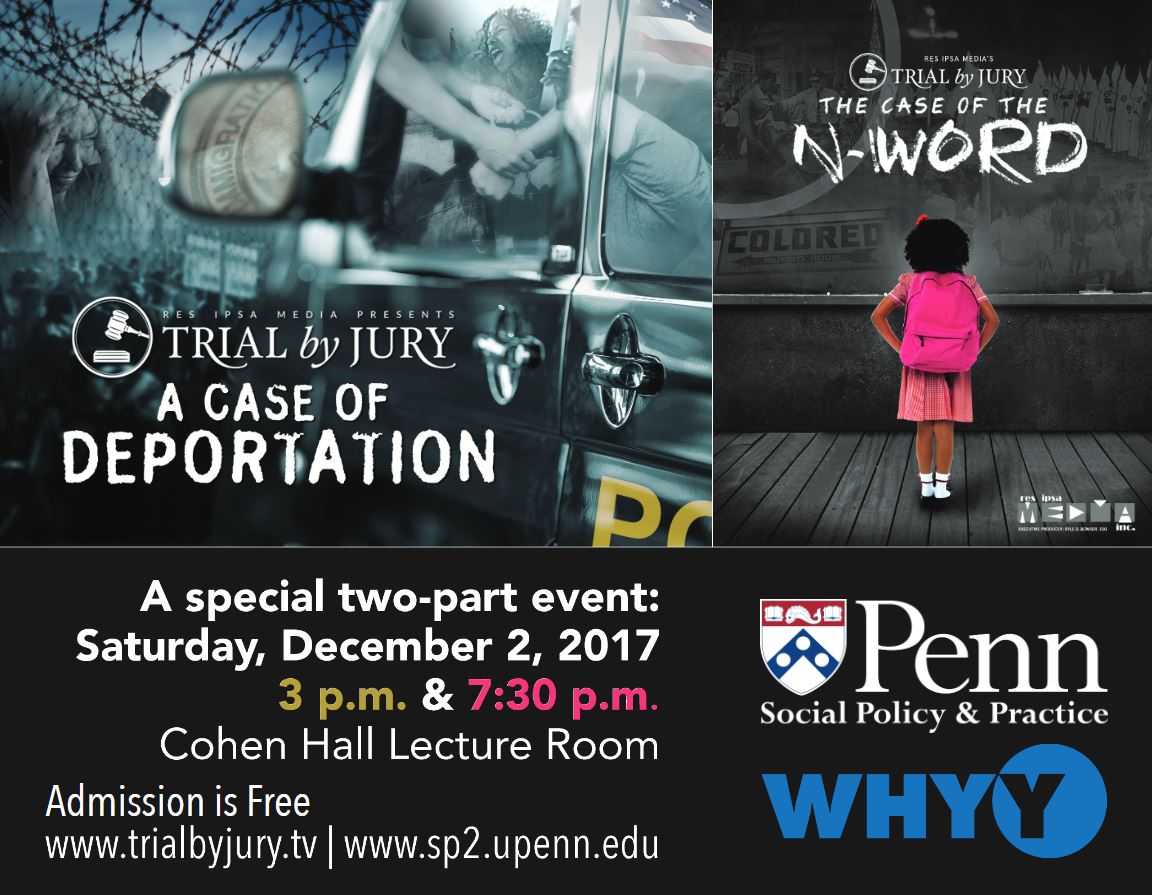 Immigration policy and the DACA privilege stir heated debate in America. Philadelphia native Kyle Bowser focuses on this issue with his popular Trial By Jury franchise. WHYY and the University of Pennsylvania School of Social Policy and Practice will host a screening and live audience discussion on Bowser’s Trial By Jury: A Case of Deportation which looks at the conflicting mandates of contemporary immigration policy and the principles of constitutional freedoms. What will the verdict be? A mock jury of selected audience members will decide. Will yours be the deciding vote?

Trial By Jury: A Case of Deportation

Should cherished rights and liberties be extended to non-citizens residing in the United States, and if so, do those rights supersede the ideological imperatives of political power? A short film dramatizes this dilemma by depicting a deportation trial and jury deliberation. Then, the live audience is engaged in an open forum discussion about the case and its underlying issues. Ultimately, the audience votes to determine a verdict in the case, thereby asserting a resounding public statement to affirm or renounce the current trend and newly established laws.