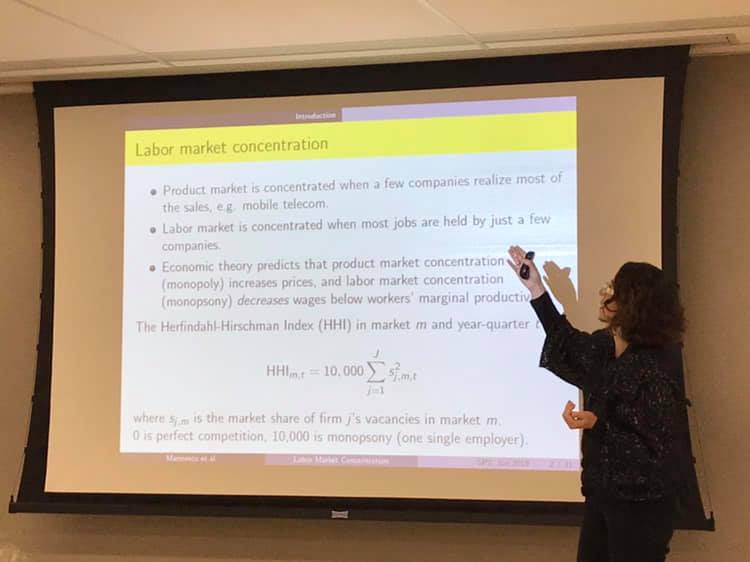 Ioana Marinescu, PhD, assistant professor at Penn’s School of Social Policy & Practice and Faculty Research Fellow at the National Bureau of Economic Research, recently testified at the Ways & Means committee of the General Assembly of Maryland regarding the positive socioeconomic impacts of Universal Basic Income (UBI).

UBI is a system in which individuals or households are given a cash payout by the government or public organization, with no stipulations. House Bill 1089, introduced by delegate Gabriel Acevero, proposes to lay a foundation for UBI in Maryland through the creation of a state fund similar to the Alaska Permanent Fund. Established in 1976, the Alaska Permanent Fund sets aside a share of oil revenues to benefit current and future Alaskan citizens. More than four decades later after its inception, the fund’s value has exceeded $60 billion.

In a similar vein, Acevero proposes to establish the Maryland People’s Fund, which calls for 25% of tax revenue from medical cannabis sales to be put into a fund for seven years, to be invested in various portfolios. The interest and principal would then be paid out as a UBI, based on the fund’s performance.

Acevero was joined by Marinescu, along with Adam Simpson of the Democracy Collaborative, to explain the impacts of a dividend from such a fund. Marinescu has extensively studied the effects of the Alaska Permanent Fund, along with similar initiatives. She noted that some critics of UBI worry that the payout will lead some recipients to stop working.

“In every year after the dividend was introduced, the share of Alaskans that were working remained the same,” Marinescu told the committee. “There was no effect on employment.”

“Universal basic income has little to no effect on employment, and improves the health and education of the population, especially among the most disadvantaged,” Marinescu said, summing up her comprehensive research on UBI. Watch a video of the full testimonial here.