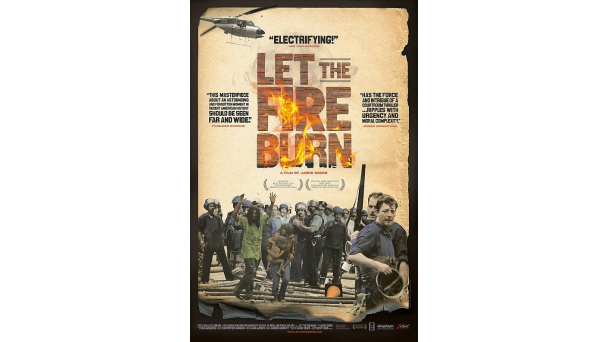 This semester, the School of Social Policy & Practice is hosting a series of film screenings, post-film discussions and lectures organized around different characterizations of the criminal justice system.

The film series encourages students, faculty and staff to view and analyze the documented relationships between the state, the police force, and the communities with whom they are engaged. Each film is centered on contemporary policing in America.

“I want to provide a space where students can think rigorously about the conceptual and political contexts within which movements like #BlackLivesMatter should be situated,” Dean John L. Jackson Jr. said. “It is just a beginning, but I want it to help us build momentum for related projects in the future.”

Though Jackson carefully selected the viewing materials, the concept for the series actually emerged from the students at SP2. He hopes to continue the film series moving forward, allowing students from each program to suggest future films and documentaries.

“The idea for this series really came out of requests from SP2 students to engage current issues around policing, race and racism in the context of recent agitation and protest about law enforcement and the killing of young black men,” Jackson said. “It is part of a push to mount many different kinds of events and programs linked to the theme of criminal justice, race, and community policing.”

Let the Fire Burn (2013) – 88 mins. – Using amazing archival footage, this is a powerful examination of the violent clash between Philadelphia’s local government, the Philadelphia Police Department and MOVE, a Black Liberation organization based in West Philadelphia in the 1970s and 1980s.

The Thin Blue Line (1988) —103 mins. – Many consider this a classic documentary film about the false conviction of a murder suspect by the criminal justice system in Dallas, TX.

Copwatch: These Streets are Watching (2003) – 53 mins. – This is a low-budget film about citizens in three cities who organize a system of trying to publicly monitor police officers making arrests.