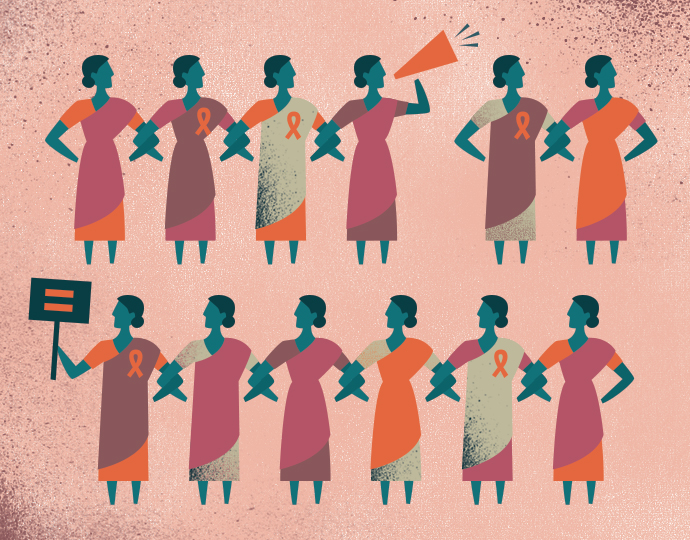 In Bengali, the word durbar means unstoppable. For Erica Goldberg, MSW’13, it is a fitting name for the sex worker collective she worked with in Kolkata, India during her enrollment in a course called Postcolonial Social Work Practice: International Social Welfare in India.

The collective, formally known as Durbar Mahilla Samanwaya Committee, established in 1992, currently has over 65,000 members around the country. “They are an amazing group that fights for the rights of sex workers through a variety of initiatives, including an extremely effective peer-led sexual health education program, antitrafficking work, and microfiance,” Goldberg explained.

Goldberg, who has worked with ACT UP and is interested in community advocacy, said the course was an ideal opportunity to study an international group run by those who are affected by HIV. “We did not go in to conduct a specific intervention. Rather we sat with the women, learned about their projects, and said, ‘How can we help each other?’”