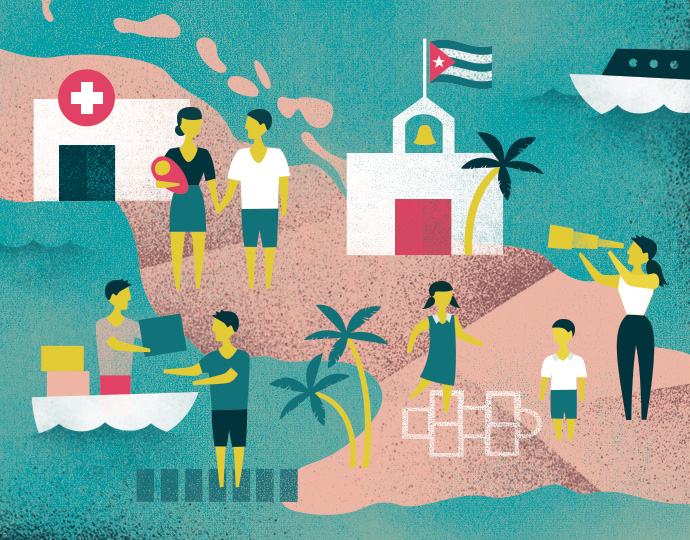 Many Americans have preconceived notions about life in Cuba, but Lori Latimer, MSW‘12, who traveled to the country as part of a course called Cuban Education and Social Welfare Policy noted the reality is much more complex. “It was an eye-opening experience,” said Latimer, who had the opportunity to speak with Cuban educators, health care providers, scholars, and everyday citizens.

“The course gave me a different perspective in my approach to social welfare,” she said. “We did see many of the problems one would expect, but we also saw how resilient the Cuban people are. They embrace their struggles. They have a strong sense of community and family.”

“Many of the people we spoke to clearly love their country, but there are also significant inequalities,” Latimer said. “We heard many contrasting stories and, as social workers, we had to think about the individual’s point of reference when analyzing what they told us. It gave us a lot to think about.”