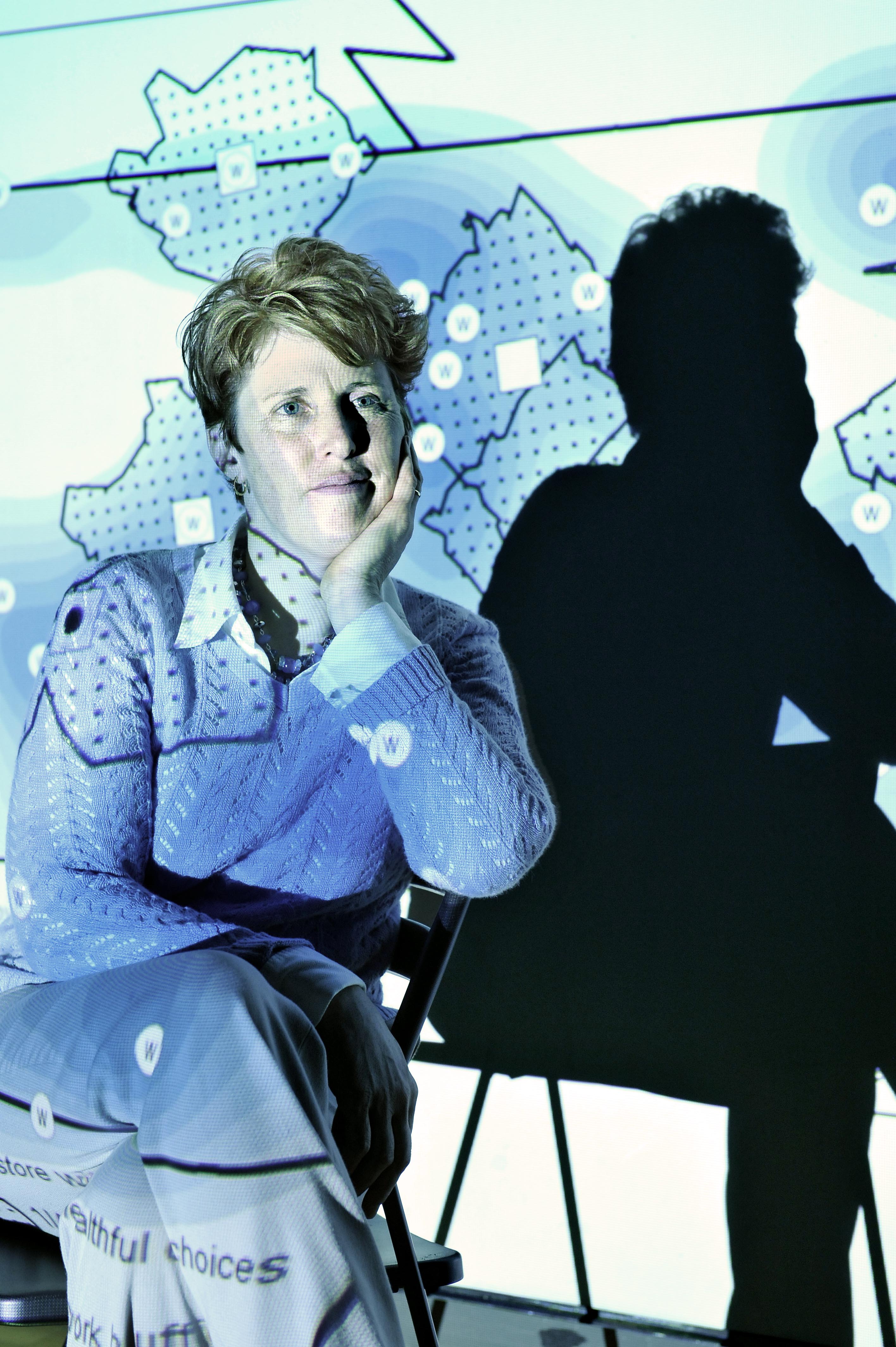 Most people look at a map and see boundaries—where one territory ends and another begins. But for Amy Hillier, MSW, PhD, maps are tools for social change that allow her to transcend parameters. The Assistant Professor in City and Regional Planning, School of Design, who holds a secondary appointment at SP2 and is a co-director at the Cartographic Modeling Laboratory (CML), is not confined by a job title or degree. Rather, she finds leverage where disciplines converge, using her expertise in mapping and city planning to help shape social policy and improve the health and well being of vulnerable populations.

“I like to say that I am a social worker, teaching at the school of design, conducting public health research,” she says. “What is most important to me is the opportunity to do work with an impact. I look for opportunities to collaborate with individuals who can expertly frame the issues and affect policy.”

Most recently, Hillier’s research has focused on ecological theory and the impact of environmental factors on health and well being. Using cartographic modeling and geographic information systems (GIS) she is examining the ways the environment predisposes people to behaviors and choices that may result in poor health outcomes. For example, in many low-income communities, there are no stores that sell fresh fruits and vegetables. Consequently, residents of these communities are significantly more likely to have unhealthy or high-fat diets, which can lead to obesity, diabetes and a host of other health issues.

As part of a report prepared by the Food Trust, Hillier developed a map that graphically illustrated the wide expanse of low income neighborhoods across Philadelphia that lacked places to buy healthy food. The report led to the Fresh Food Finance Initiative, which provided funding for 88 fresh-food retail projects in 34 underserved Pennsylvania counties and improved access to healthy food for more than half a million people.

From there, Hillier led a study that analyzed the impact of a change in the Special Supplemental Nutrition Program for Women, Infants, and Children (WIC) on the availability of fresh food and vegetables in low income neighborhoods. “In 2009, the federal government made some budget neutral changes to the WIC package that enabled participants to purchase fresh fruits, vegetables, whole-grain food and reduced fat milk,” she explained.

To evaluate the impact of the policy shift, Hillier and her colleagues used a standardized checklist to assess the inventory at 115 stores in two Hispanic and African American neighborhoods first in 2009 and again in 2010. They found that changes to the WIC program resulted in increased availability of healthy foods in all the stores in those neighborhoods, including those that did not participate in WIC. “Even small corner stores started stocking fruits and vegetables and low-fat milk, increasing access to good food for the entire community,” Hillier says.

“This study is an example of how applied research can provide evidence of good policy,” she says. “It also demonstrates that policies that help poor people can benefit everybody. There is a spillover effect.”

Hillier has also utilized mapping to study the health effects of outdoor advertising in three major cities, Los Angeles, Austin and Philadelphia. As expected, the study found that ads for unhealthy products were not only more ubiquitous in low-income communities of color, but that these ads were clustered in locations where children and youth gather. Hillier notes that while public attention on outdoor advertising tends to focus on billboards, accessory advertising, including store signs for sugary drinks and tobacco, is also a concern. “Regulations for accessory signs are very weak in Philadelphia.